Voting for PASS Board Of Directors

Voting is a duty and a right!

This I remember from my school years in France right up to the 1981 presidential elections – where primitive graphics were used to draw the portrait of the upcoming president (and music from Kraftwerk !), I will never forget.

This duty and right applies for all kind of elections. If you can vote, you have to vote. Your voice is important and need to be heard. And depending on the kind of voting model, not voting could give an extra vote to the leading candidate, which is not always what you want.

Back to PASS BoD. What do I want and what do I think we need ?

I haven’t been active in the community for so many years. 4 or 5 at a maximum. But during this years I truly discovered the importance of it, and the huge amount of time people put in it. Lately I’ve also discovered that sometimes it gets really political in many ways. And that the amount of resistance you meet goes together with the amount of influence you have (very lately discovered).

So what we also need is someone that can navigate the political sea even when the waves are high.

My guess is that the fluency at English can be a barrier for many of us non native speakers.

There is 4 candidates for 3 seats. Not a lot of competition one might argue. But again it is a lot of work to be on the BoD and it is not for the faint of heart. I considered – when first announced – to apply as a candidate but I quickly concluded that I don’t have what it takes to be on the BoD – at least not now!

Is a very active blogger, very active on twitter. A strong voice in the community and I personally think he is a man that is easy to approach an to discuss with, which – for me – is important. His blog is active and interesting

Also a very active person in the community, she blogs a bit (3 times this year and 2 last year) mostly about community stuff and she is prompt with an helping and/or encouraging comment on twitter.

Very active community fellow, that I often have met at European SQL Server events and who is also always accessible and friendly. He is on the team making SQLBits a great event year after year and he has build a (successful) consultancy company working with the APS platform.

I’ve met him once at PASS Summit last year and since then haven’t seen or heard is name mentioned in the community. He has now started a blog where there is a single post explaining is candidature at the BoD. In my opinion not a community voice even though he is the Director for the volunteers – the quintessence of what keeps PASS going.

So remember to do your duty and exercise your right. 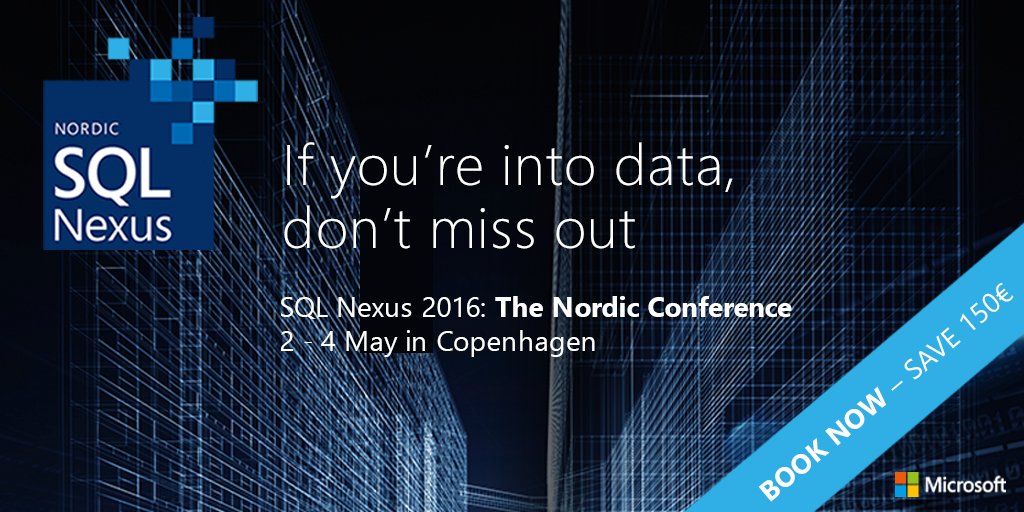 Cloudy with a chance for code